Has it been a while? Or feeling lost?

The scribes and the Pharisees brought a woman who had been caught in adultery, and placing her in the midst they said to him, "Teacher, this woman has been caught in the act of adultery. Now in the law Moses commanded us to stone such. What do you say about her?" This they said to test him, that they might have some charge to bring against him. Jesus bent down and wrote with his finger on the ground. And as they continued to ask him, he stood up and said to them, "Let him who is without sin among you be the first to throw a stone at her." And once more he bent down and wrote with his finger on the ground. But when they heard it, they went away, one by one, beginning with the eldest, and Jesus was left alone with the woman standing before him. Jesus looked up and said to her, "Woman, where are they? Has no one condemned you?" She said, "No one, Lord." And Jesus said, "Neither do I condemn you; go, and do not sin again."

Confession Basics: How to make the most of the Sacrament of Confession 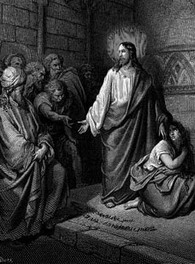 Examination of Conscience for Adults (plus how-to confess)

The Compendium of the Catechism on Confession 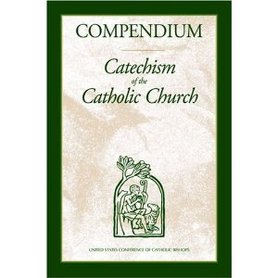 303. What are the acts of the penitent?
They are: a careful examination of conscience; contrition (or repentance), which is perfect when it is motivated by love of God and imperfect if it rests on other motives and which includes the determination not to sin again; confession, which consists in the telling of one’s sins to the priest; and satisfaction or the carrying out of certain acts of penance which the confessor imposes upon the penitent to repair the damage caused by sin.

304. Which sins must be confessed?
All grave sins not yet confessed, which a careful examination of conscience brings to mind, must be brought to the sacrament of Penance. The confession of serious sins is the only ordinary way to obtain forgiveness.

305. When is a person obliged to confess mortal sins?
Each of the faithful who has reached the age of discretion is bound to confess his or her mortal sins at least once a year and always before receiving Holy Communion.

306. Why can venial sins also be the object of sacramental confession?
The confession of venial sins is strongly recommended by the Church, even if this is not strictly necessary, because it helps us to form a correct conscience and to fight against evil tendencies. It allows us to be healed by Christ and to progress in the life of the Spirit.