​Nearly 2,000 years ago, Jesus built his Church on the foundation of his apostles (cf. Ephesians 2:20; Revelation 21:14).  Jesus instructed the apostles to teach people all that he had taught them in order to make disciples (Mt. 28:19–20), told the apostles they had the authority to forgive sin (Mt. 18:18), and that whoever listened to them was listening to him, and whoever rejected them was rejecting him (Luke 10:16). Jesus promised the apostles that the Holy Spirit would guide them into all truth (John 16:13). The apostles’ traditions (both written and verbal) were to be obeyed (2 Thessalonians 2:15; 3:6).

Jesus promised that this Church would not fail (Matthew 16:18) and that he would be with them until the end (Mt. 28:18-20). The apostles ordained successors to guide the Church as Bishops (e.g., Acts 1; Titus; 2 Timothy). This unbroken line of succession remains today in the one, holy, catholic, and apostolic Church which has preached the Gospel and invited the people of the world to follow Jesus Christ as disciples. 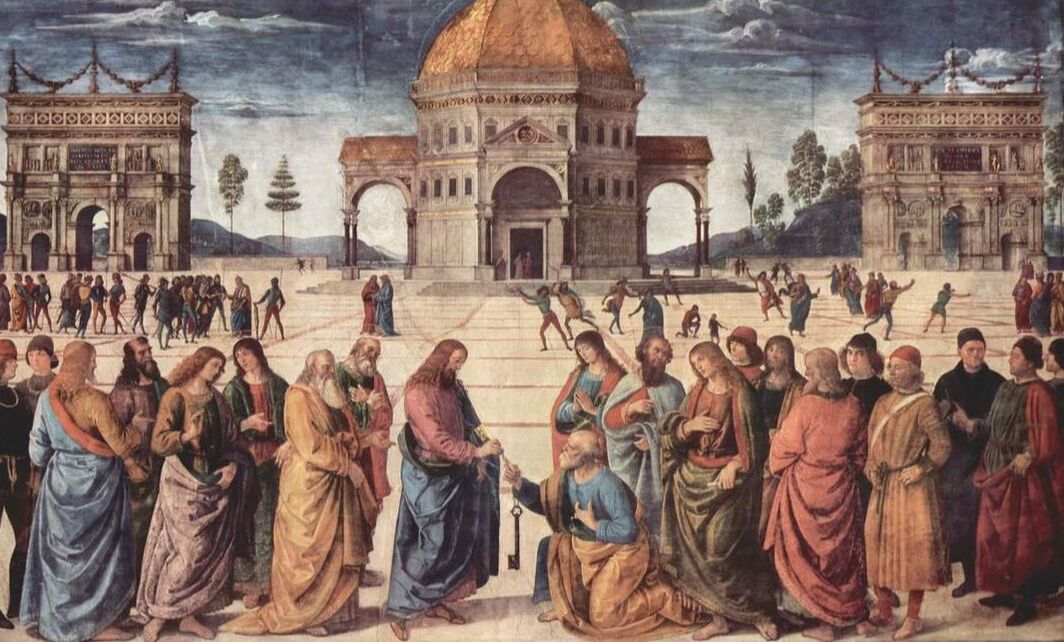 That this is the Church’s self-understanding is demonstrated by her actions. The first time a major theological argument had to be settled, the apostles talked it out and made a final judgment concluding that it was the Holy Spirit working through them (Acts 15). If the promise of the Holy Spirit to lead the apostles into all truth did not confer upon them some supernatural guidance, it is difficult to imagine how such a lofty claim could be made. We know from history that Church councils continued to be the means by which the Church formally declared orthodox doctrine, and even the canon of scripture itself.

The Church’s role did not change at the death of the apostles, and so the promised spiritual support would not have ceased either. Given its role as communicator of God’s revelation unto salvation, and promises and examples of divine guidance, protection from theological failure seems necessary to guarantee the Church’s very existence. Although this infallibility can and has been exercised through various means, there remains a need for a single, infallible, apostolic office behind it all to provide an objective standard when necessary.

Because an office is only temporarily connected to a particular person, it can go on after any individual passed away. It would also allow for the personal failings of any particular leader in that role. The Church’s identity would also continue to be objectively verifiable because no matter what Church leaders taught, or what lay members thought, there would always be a known standard against which they could be tested. Without such a public, immovable standard, relativism and private judgment would take the day.
Specific predictions and promises made to Peter (e.g., Matthew 16:17-19; Luke 22:32; John 21:15-19)  as well as the subsequent history of his successors, point to the office of the Bishop of Rome as the best fit for the last line of infallible doctrinal defense and a means of objectively identifying the Church Jesus instituted.